Founded on April 6, 2010 by Lei Jun) the company is headquartered in Beijing, China.
At first, the company was established as a smartphone manufacturer, but after investing in a number of companies, it has now become an integrated company. The company is known as a consumer electronics manufacturer. As a smartphone manufacturer, the company has made great strides in India since the third quarter of 2017. It has beaten Samsung to the number one spot and is fourth in the global market.
Xiaomi's Redmi sub-brand, Redmi, was the best-selling device in India in 2019 This is a smartphone brand. In addition to smartphones, we also offer laptop computers, tablets, smartwatches, consumer electronics, and other products. We have launched all kinds of things such as

Poco was created in India in 2018 as a sub-brand of Xiaomi.
The first device, the Poco F1, was powered by the chipset found in the then flagship model and It was released at a price point in the $200 range and was touted as a true flagship killer. The device was also released globally as the Pocophone F1. After that, Poco branded devices had been out for a while, but Pocophone X2 was released in India as POCO X2 was released in February 2020. 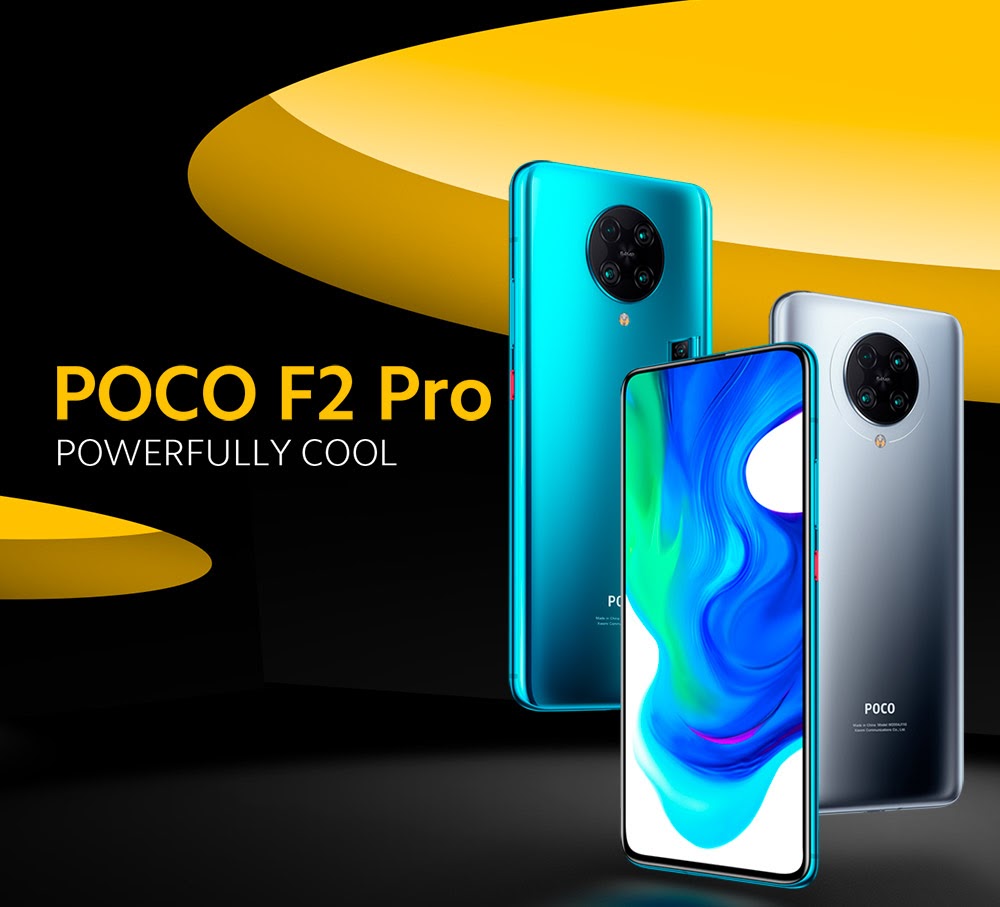 The POCO F2 Pro is based on the Redmi K30 Pro, but it's rated as easy to use It has a high MIUI for POCO. A pop-up front camera gives you a complete full screen view. 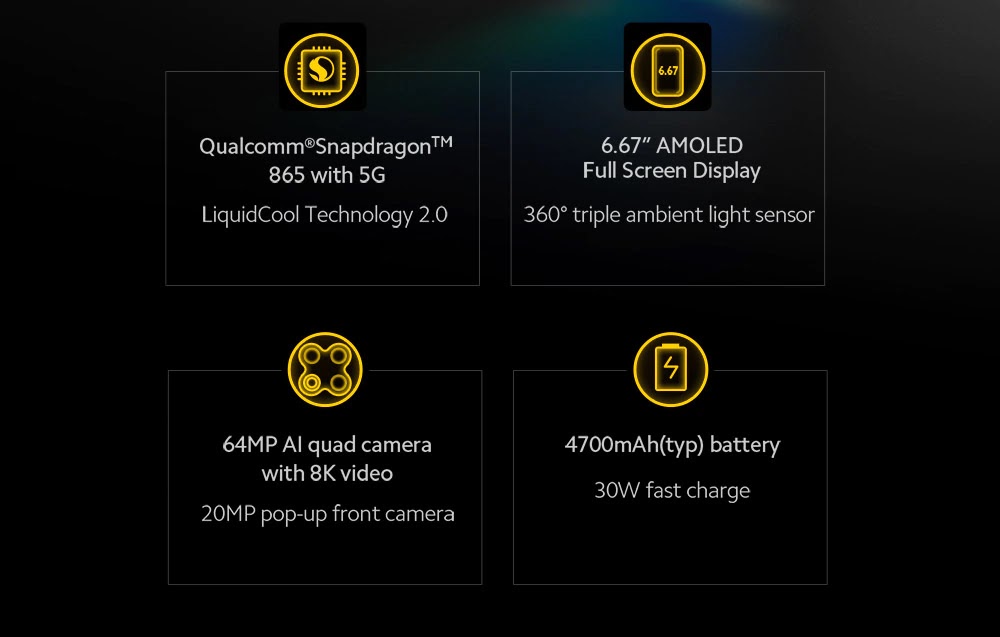 Liquid Cool Technology 2.0, a multi-layered liquid cooling feature, covers 28% of the body and It can lower the temperature of the CPU by 14°C.

5G, WIFI-6 compatible, the connection is fast and stable, and streaming video online You will rarely feel a delay in doing or watching downloaded content. No. Furthermore, you can fully immerse yourself in the game with no time lag. 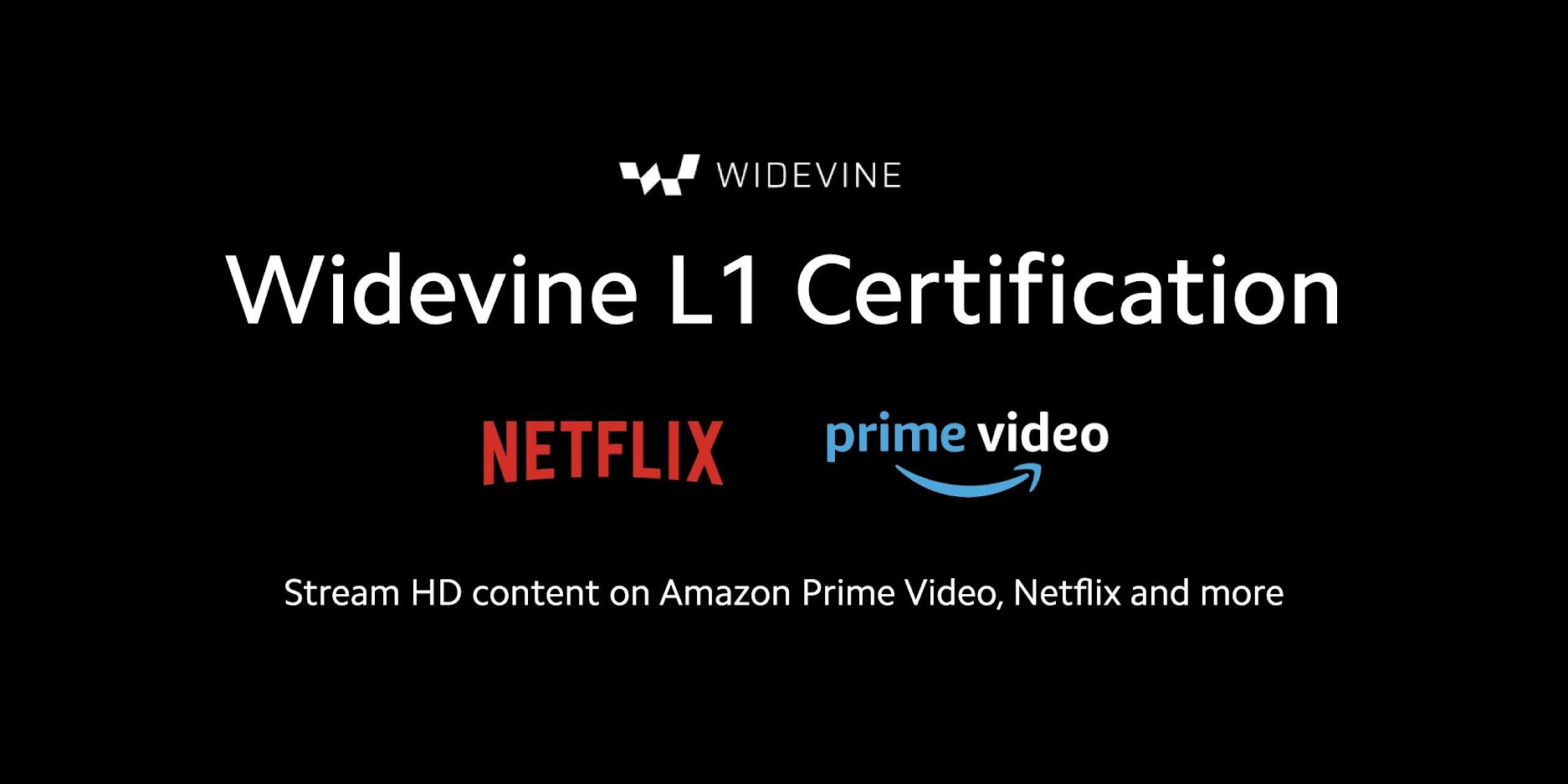 It is compatible with Widevine L1 and allows you to watch video content in HD streaming. 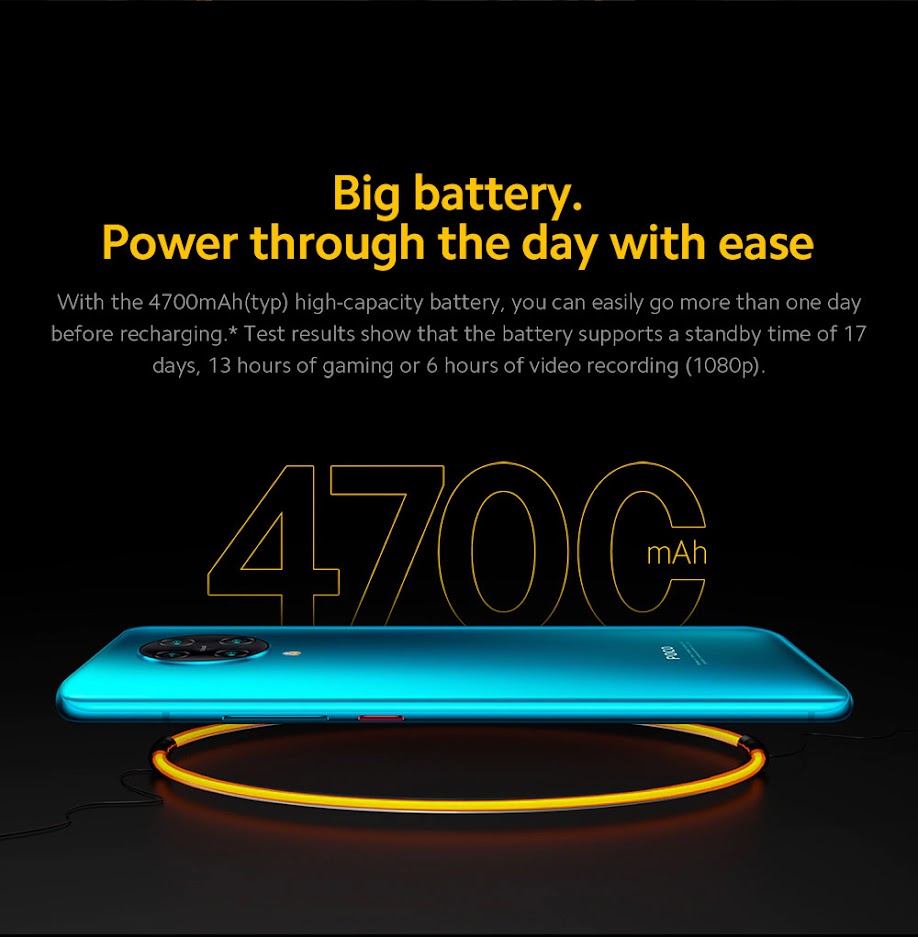 It has a large 4700mAh (typ) capacity battery, which gives you more than a day to charge it.
Note that the test results show that it supports 17 days of standby time, 13 hours of gaming and 6 hours of video recording (1080p). 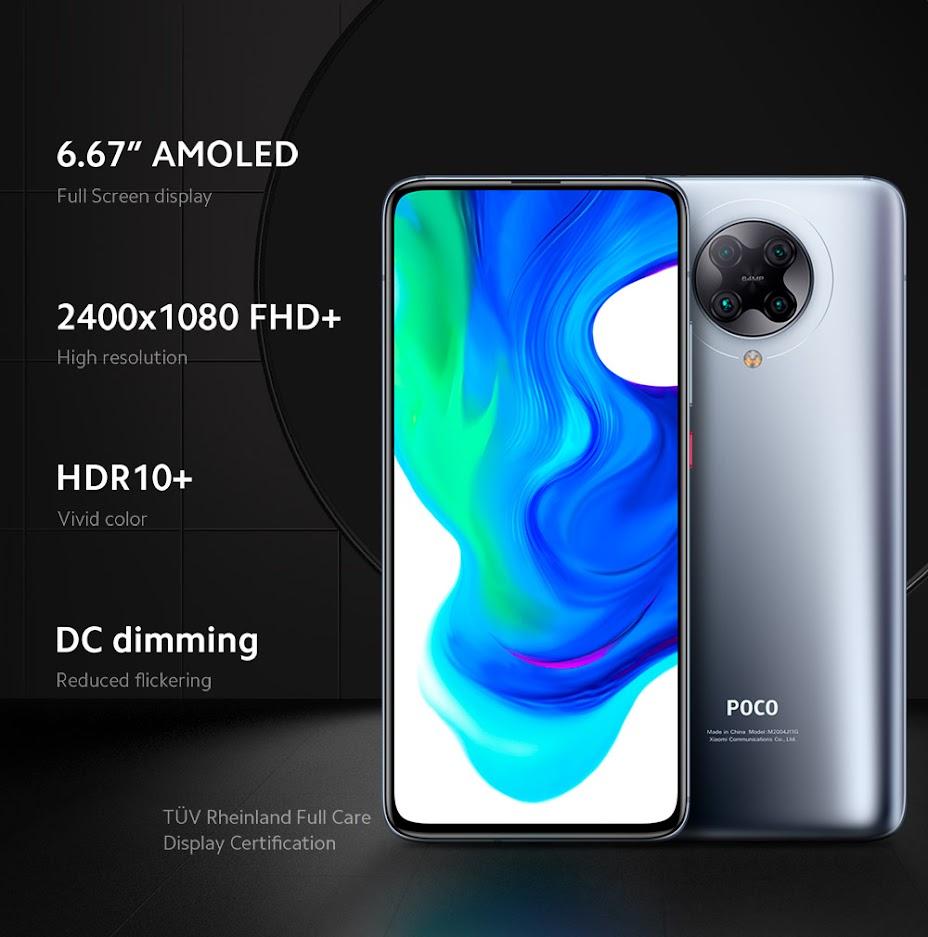 This smartphone is a 6.67-inch FHD+ AMOLED with 1200 nits of peak brightness The display has an ultra-contrast ratio of 50 million:1 and an HDR It also supports 10+. The display supports a touch sampling rate of 180Hz and smooth gaming This product has been certified by the TUV Rheinland and is easy on the eyes. In addition, it is TUV Rheinland certified, making it easy on the eyes.

The display is equipped with the latest generation of under-display fingerprint sensor. 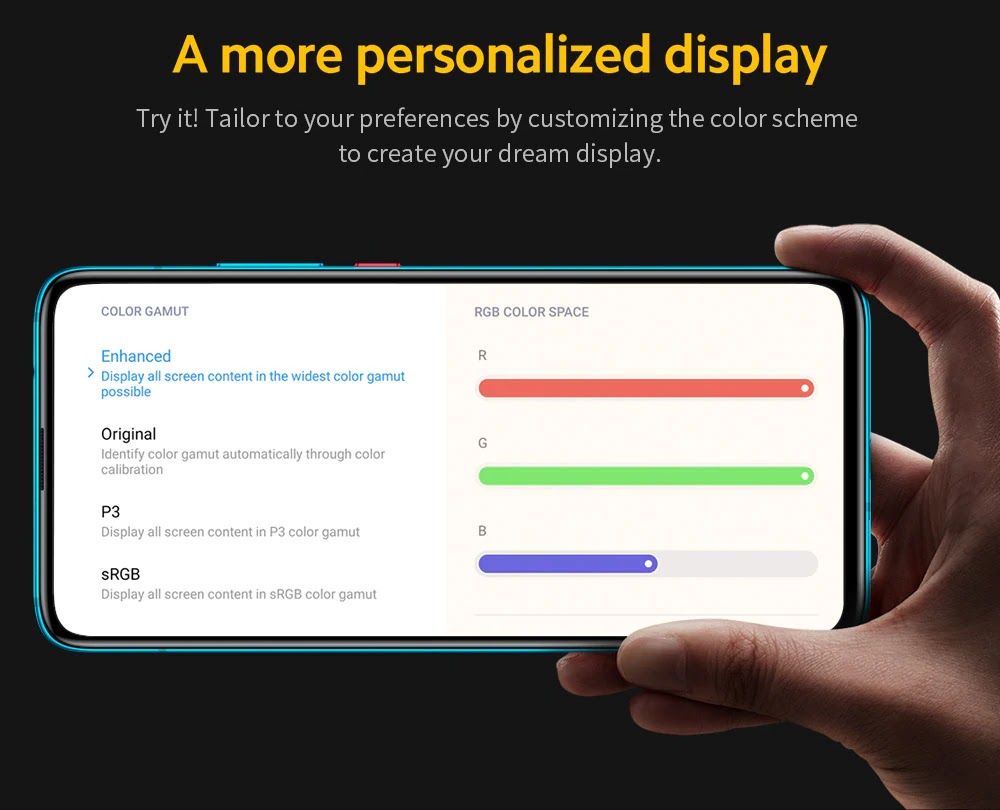 The 360° triple ambient light sensor detects ambient light and automatically adjusts the brightness of the screen. Struggling with a dim display in the sun, or being blinded by a bright screen in the dark. You can use it comfortably anywhere. 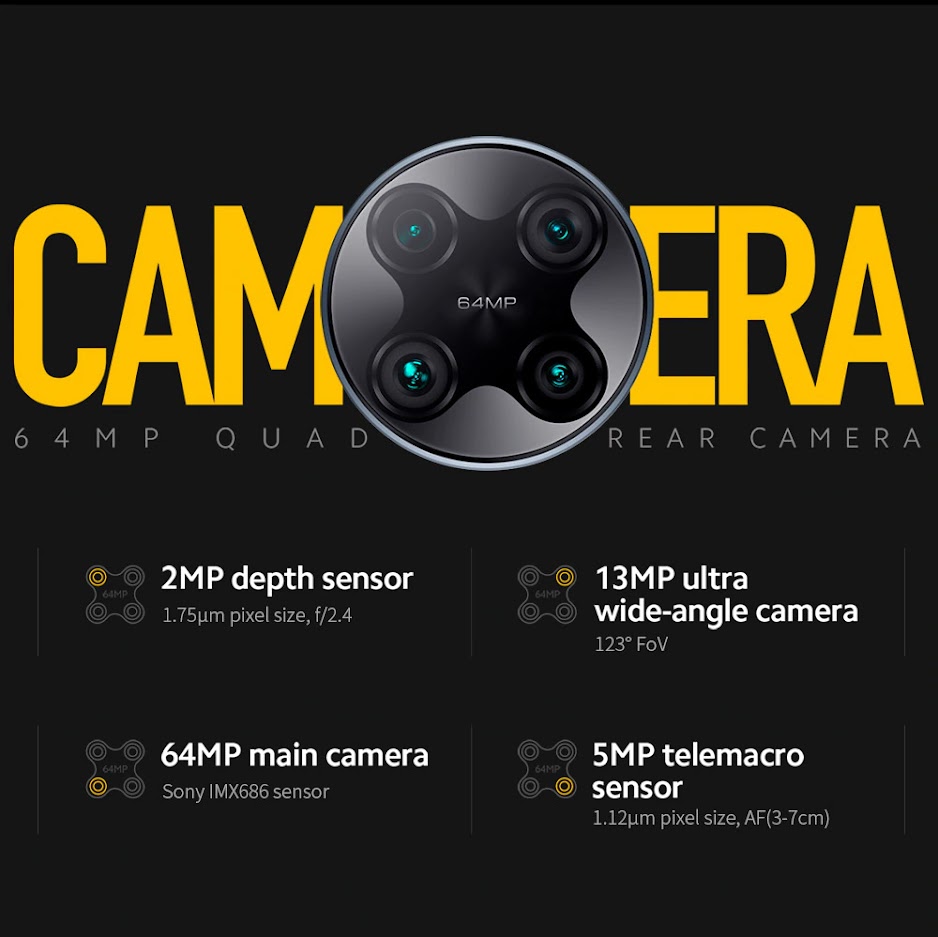 The rear camera is a quad camera consisting of a 64MP Sony IMX686 with optical image stabilization as the main sensor, a 13MP ultra wide angle lens with a 123-degree angle of view, a 5MP tele-macro lens and a 2MP depth of field sensor. 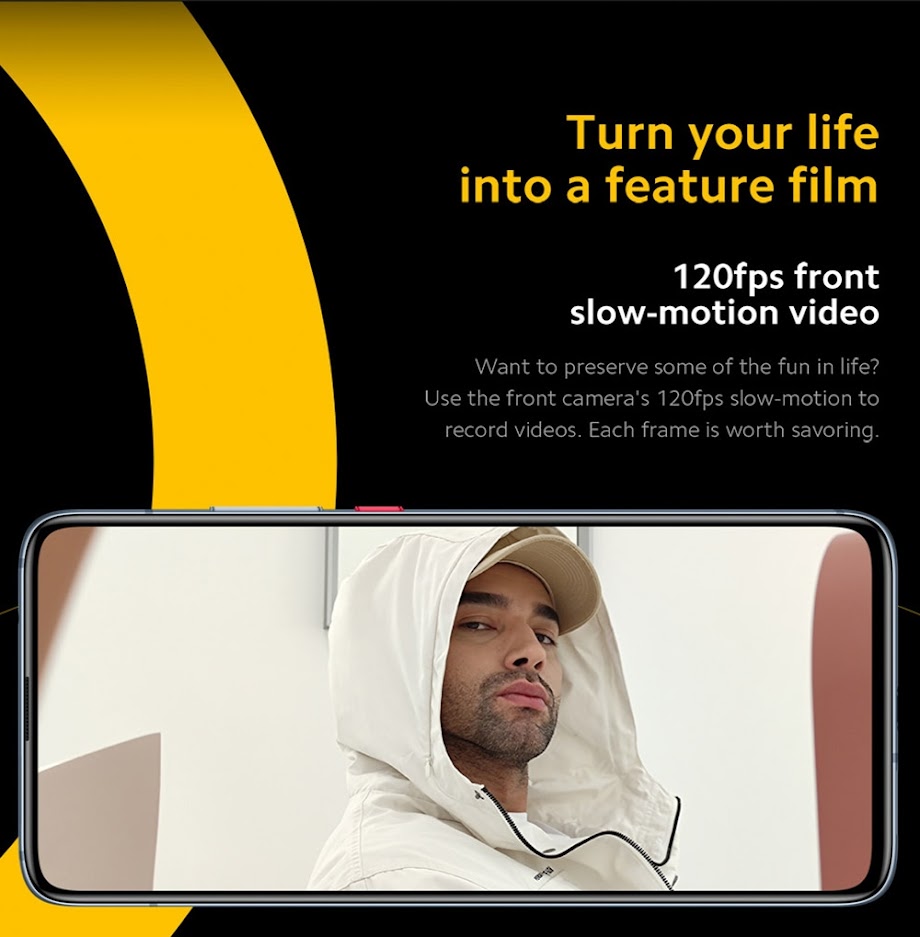 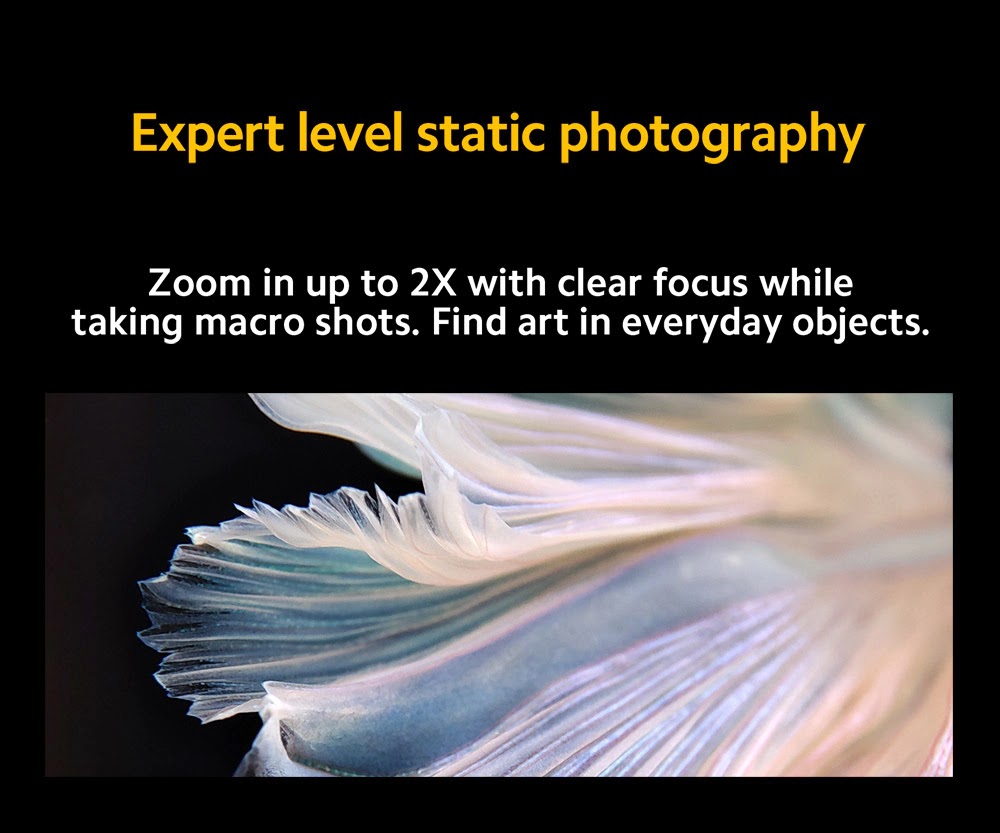 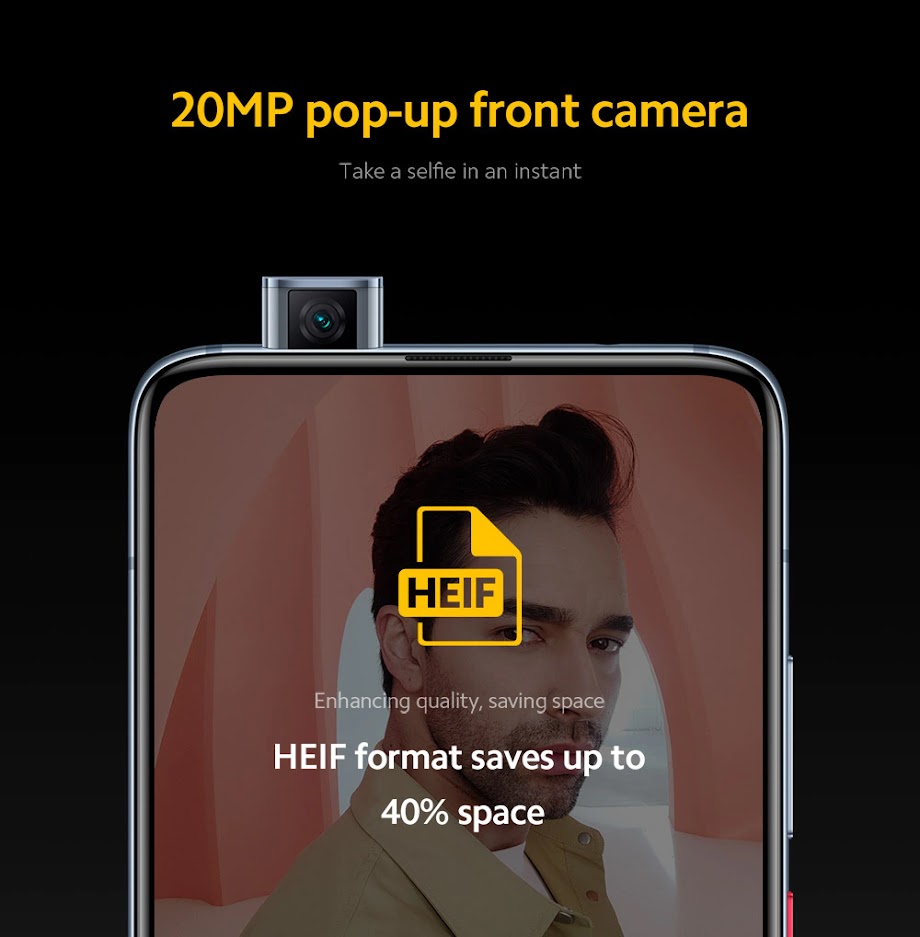 The front camera is a 20MP pop-up camera that also supports the HEIF format. 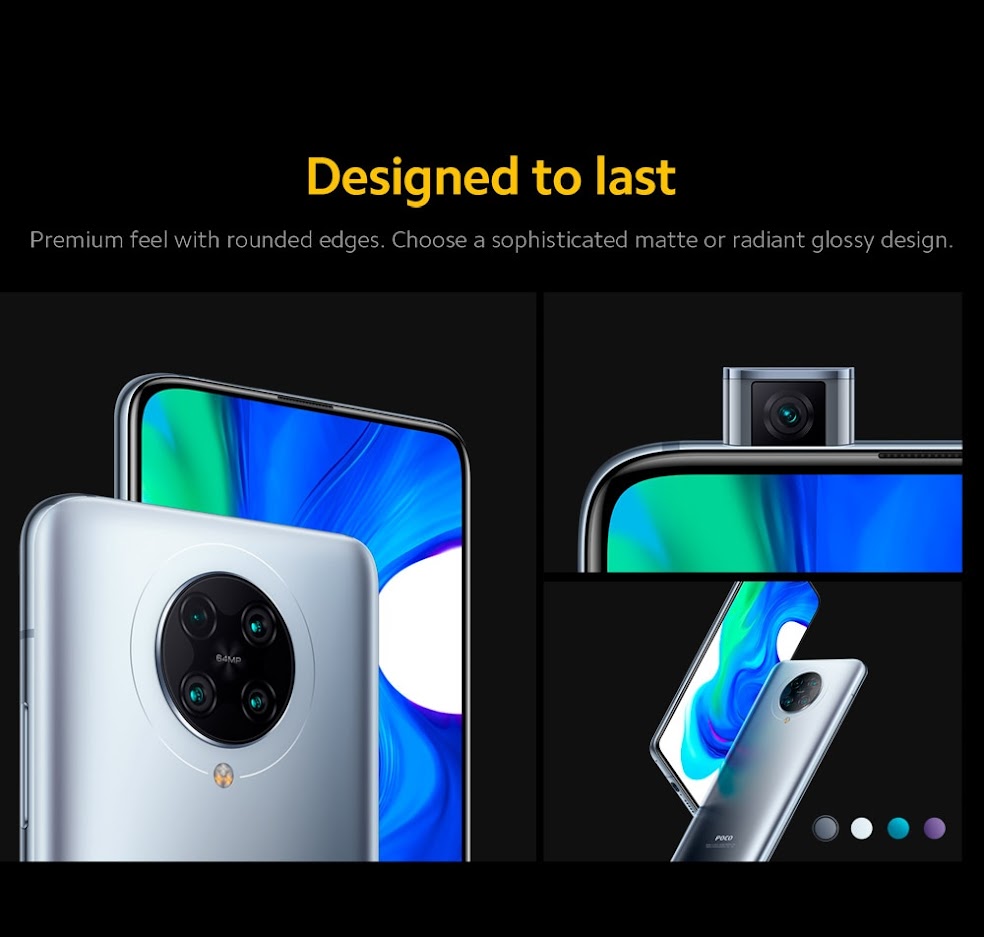 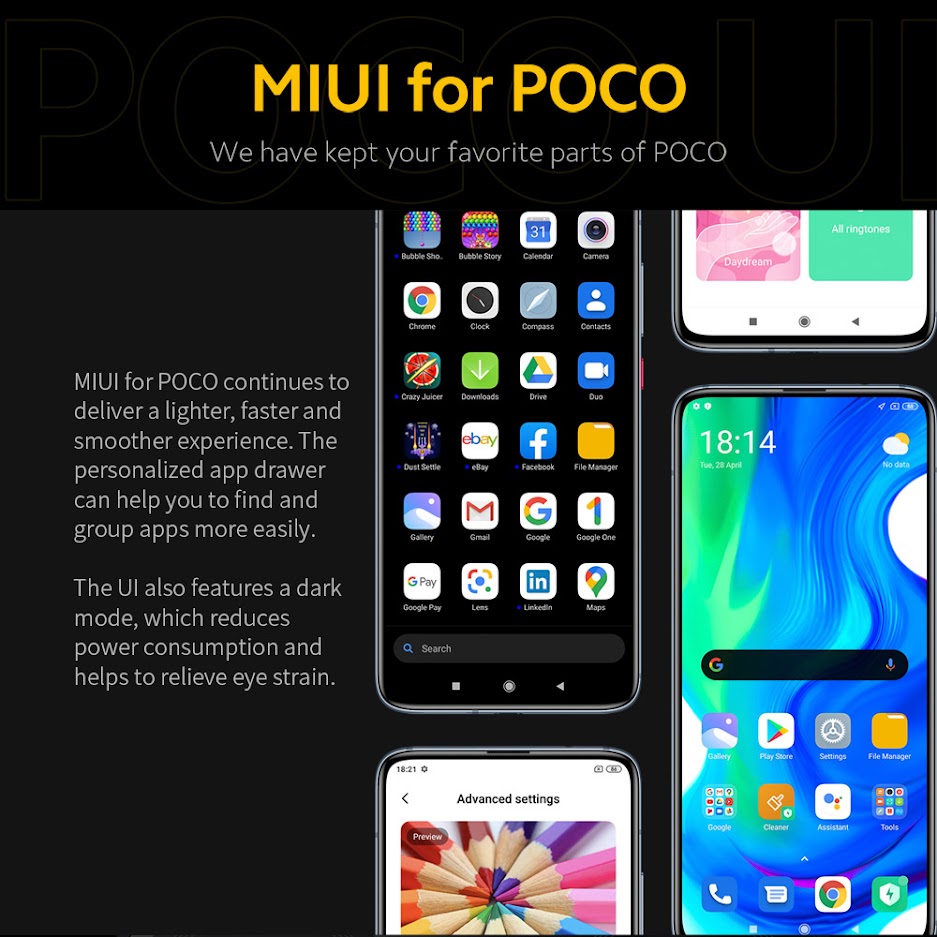 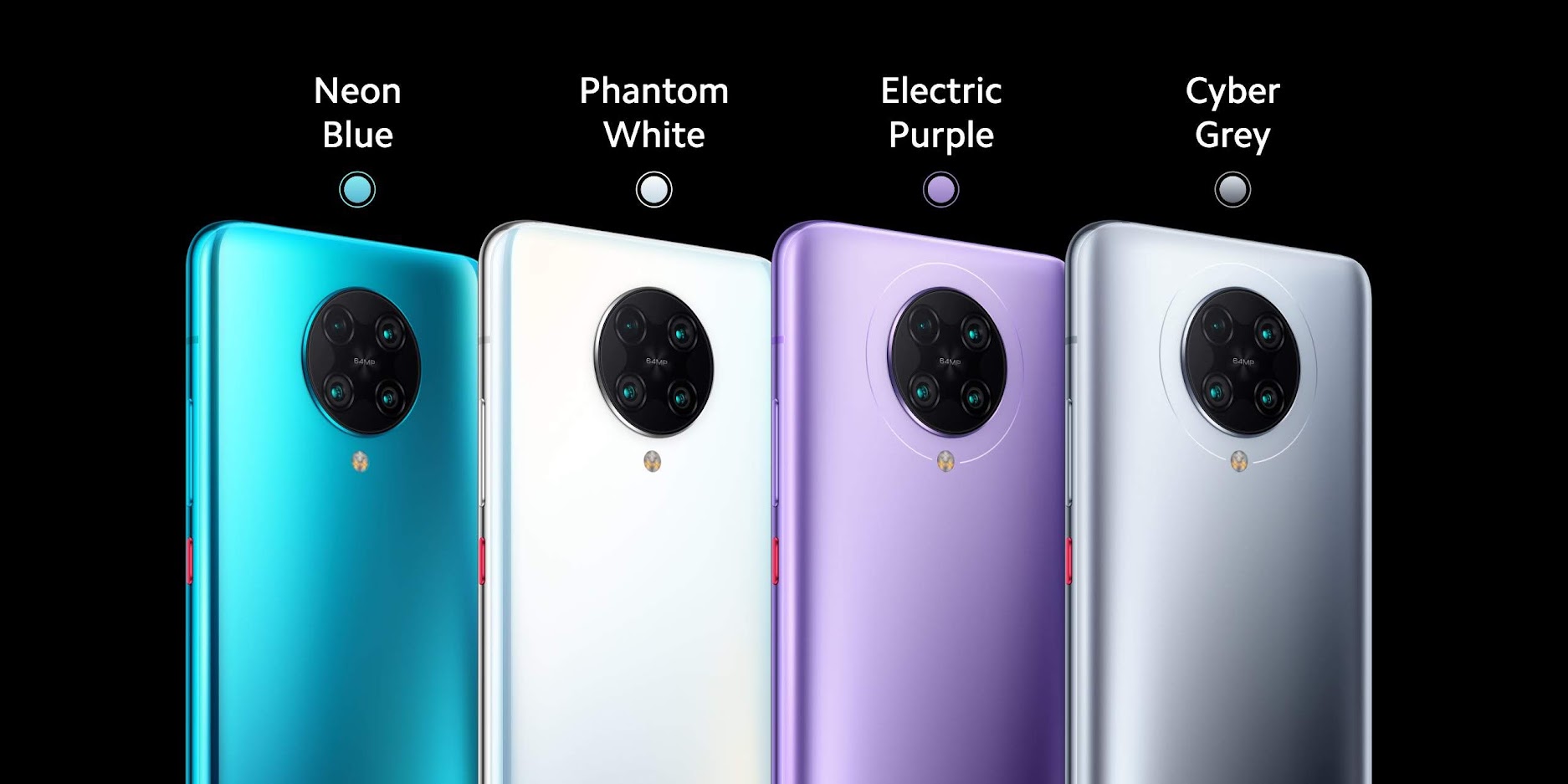 This is the most anticipated moment…What’s the price to pay to be a flagship killer?

The announced price of the Xiaomi Poco F2 Pro is

This is the case.

When the Poco F1 was released two years ago for less than $300, it was quite a shock.
This time around, the Poco F2 Pro is rated quite cosmetically as being under $500 with 5G support. You can do it. But if you want to use it in Japan where 5G connection is not realistic at the moment, you need to peek into the 5G function and make it more inexpensive It would be great to have it.
Maybe it's because this time it's for a global audience, but I've been waiting for Poco to be in India. I think the people wanted an original flagship killer like they did in F1. ? And the camera should be about 48MP or so, and it's less than $400 for a quad camera, or even a triple. I think it would be more appropriate for Poco's brand image if the product was like

Well, still, the device is like a Redmi K30 Pro meets POCO launcher. It seems to be a pretty attractive device, that's for sure.